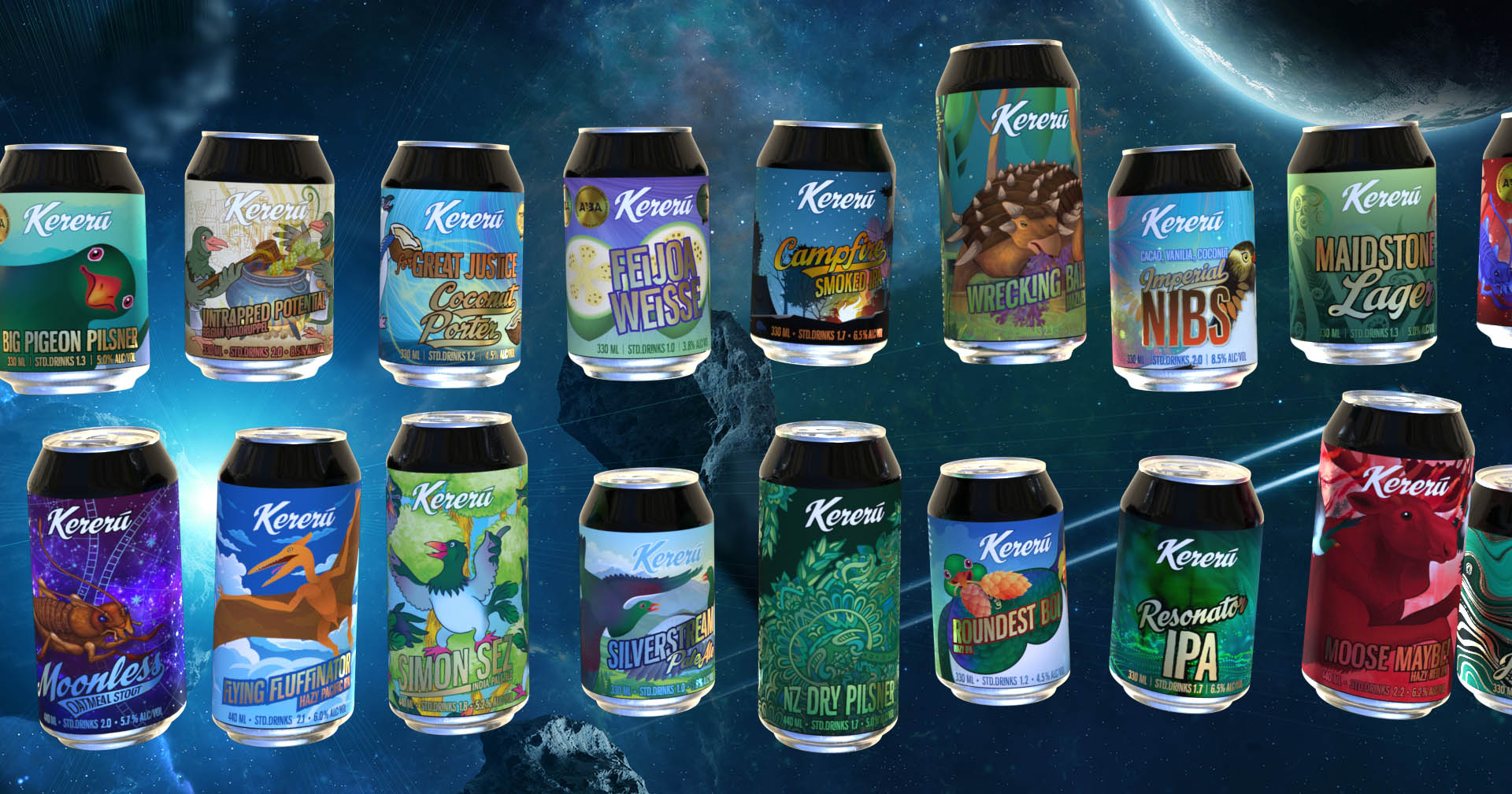 Beer of the Month Club

Subscribe today to our Beer of the Month Club to receive the newest, freshest beers from Kererū. We plan to release 2 new delicious, gluten-full beers in 440ml* cans every month, and a new gluten-free beer every 3 months in 330ml cans.

The new monthly beers will feature an IPA or pale ale, and many of these will be hazy. The other new beer will focus on e a seasonal style suitable to the time of year when the beer is released. Sign up now to ensure that you are among the first in New Zealand to enjoy our latest creations.

We are updating our subscriptions to use 440ml cans from December 2021. Existing, active subscribers will be held at their current pricing until they start to renew from 1 March 2022. New subscribers will receive the current listed rates.

December Beer of the Month Club shipments will happen a week or so early to allow delivery before Christmas.

The May 2022 Beer of the Month Club release (shipping from 19 April) is Dunkel Rainbow Lager (TBD%ABV) .