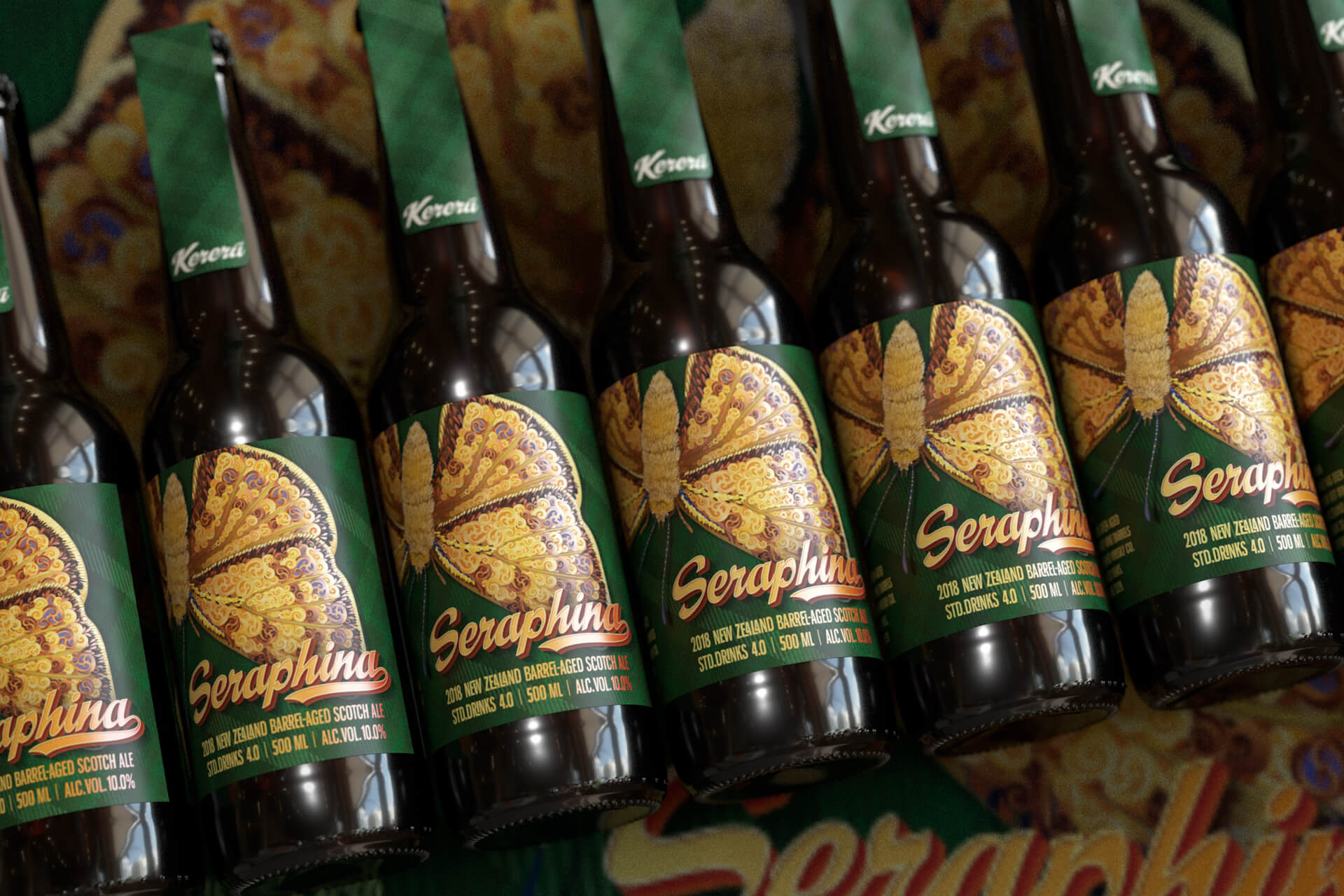 These beers will age gracefully for many years, but are fabulous right now. Do not serve cold! Treat it like you would a port or red wine and serve it in an elegant glass. The butterfly on the label is the New Zealand Coastal Copper Butterfly and the name ‘Seraphina’ means ‘fire angel’. Only 2304 bottles were produced and each one is hand-numbered. 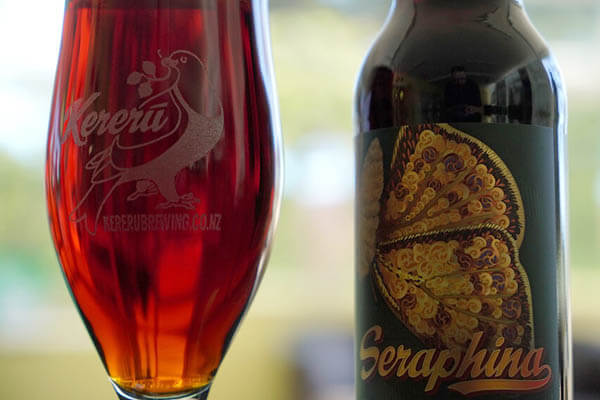 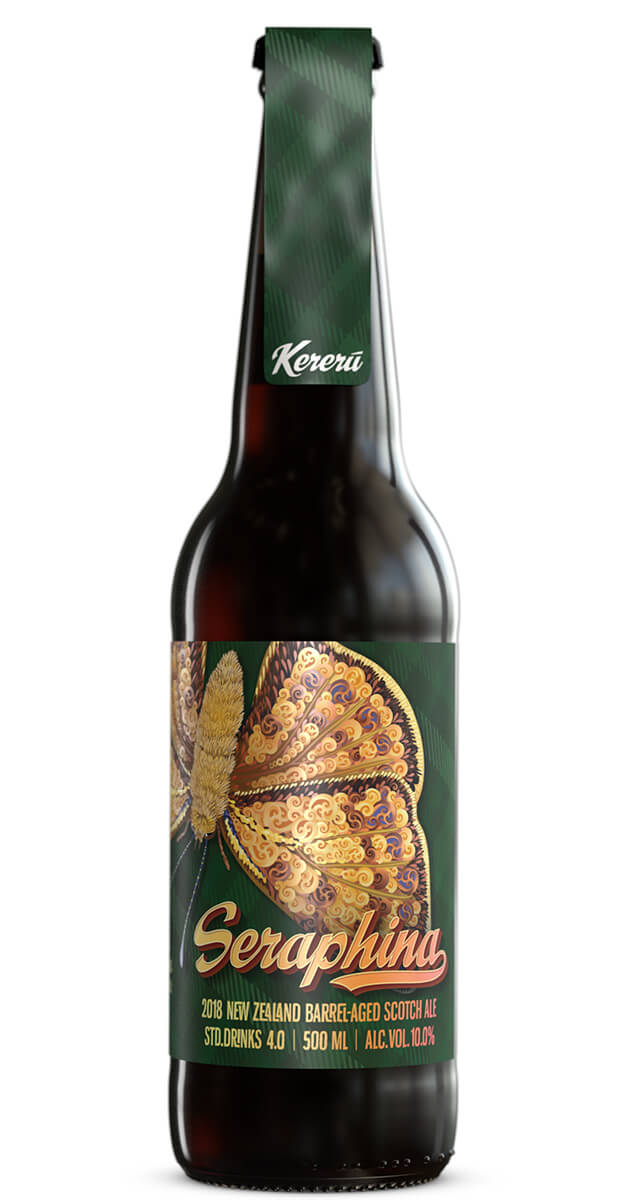